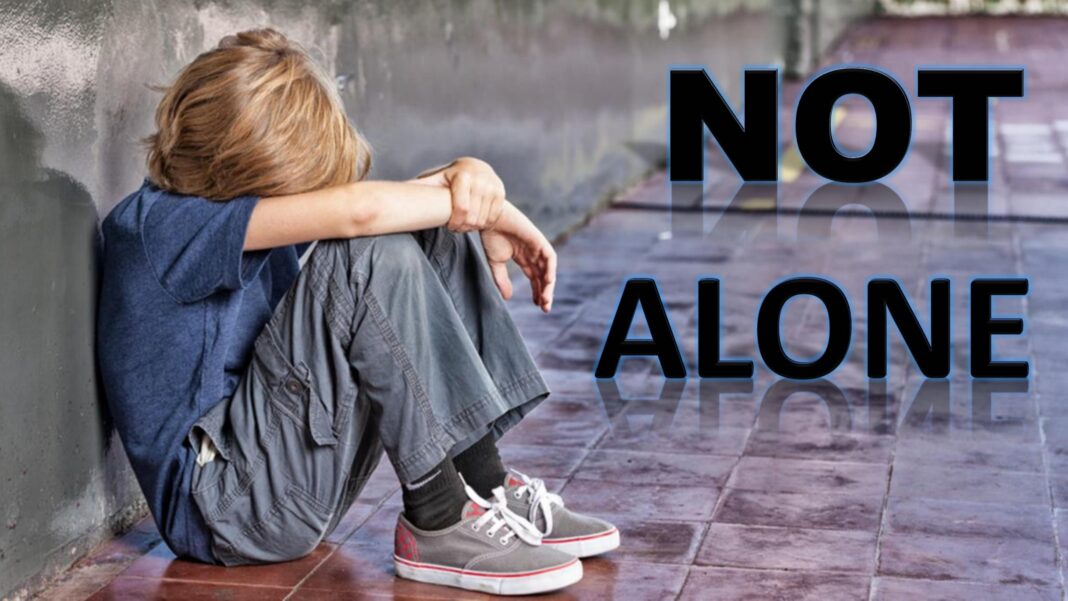 This article touches a very sensible and deep subject and I can easily say talking about it is one of the bravest things I’ve ever done in my life; believe me, I am a very courageous person. It’s something that has been grinding me for quite some time, but also something I’ve been dealing with my whole life. Something I might get in trouble for talking about, but as long as I have my own mind, my own brain, my own mouth, I will be discussing with you, just because I understand how hard it can be to feel alone in this situation.

Support. Support presents itself as the unconditional thing we need to grow and develop in all the possible ways. But what if not everyone benefits from such needed thing? What if not everyone was born with the amazing luck to be accepted for who they are and just because they don’t want to go with the flow? Should they stop doing what they like or should they keep fighting until they succed?

It’s worrying how fast this phenomenon, bullying in school, is spreading. I will be explaining to you how, in my vision, it affects all the stages of evolving and developing just because I don’t want you to go through it to understand what it actually means.

What are the CAUSES of it?

Bullying already sounds cliché, already sounds like an overused thing to talk about. If I were to explain you the deeper real meaning of this word, would your world break in two just as the hearts of harassed children do? I believe bullying is not only the action, but also the feeling of satisfaction while seeing others suffering. Some people do not find happiness in their lives, so they try to extract it from the others. They find their happy tones when others are not alright so they feel good knowing they are not the only ones not feeling good. They cannot accept being different.

How does it AFFECT?

Bullying affects humans by lowering self-esteem and also reducing the unique personality traits a person was born with. People tend to take on the others that dare to stand out, just because of jealousy. It’s sad that this happens a bit too often nowadays in schools, but most surprinsingly, that this phenomenon is spreading among teachers too.

Bullying kills creativity, which is sad because creativity is one of the essential things that keeps us alive.

Bullying in schools can come in many different forms, but the one caused by teachers is, in my vision, the most serious and controversial. We all know about it, we all hold our nerves in when it comes to talk about it, but someone had to say this.

Usually, the way the teachers do it is through some indirect and implied verbal messages, specifically and subtly addressed to some kids, only to make them feel bad about themselves, even though they don’t want to or they shouldn’t do. For example, you might have heard some teachers saying: “Some of you don’t pay attention to what I have to say and it shows in the grades”, clearly referring to a specific person, but trust me, this is the most polite, kindest and most caring form of bullying coming from them because in most cases, the verbal messages are taken from a horror movie! On the other hand, some of them don’t to complicate a lot or maybe they don’t want to seem too maleficent and choose the direct way of insulting- “You’re stupid” (even though you’re not because we all have different types of intelligence). It’s difficult to tell which of the two types of insults (directly or indirectly addressed) hurts the most, just because we expect to find love and encouragement in teachers, not another reason to not want to go to school anymore. And, actually, I think the disappointment is the one that hurts at the highest intensity because teachers should be our example of- “Yes, do that!”! No wonder why so many kids turn, nowadays, into bullies!

Who are the chosen VICTIMS?

Most often, targeted people are those that are still trying to build a good self-opinion and those that are different. But being different is not something wrong, is something we should be proud of, just because being special is something special and rare itself, as I explained in the previous article. And about those that are trying to build, rebuild, learn what self-esteem means, are the most vulnerable, no matter how strong they might seem. Bullying kills on the inside and only sometimes shows on the outside. What you can actually see on the surface are the scars left, even after recovery. But can recovery ever be fully completed in this case?

Recovery means refueling yourself with what you had had before you lost it, but can you ever get back what you had lost? You can try to replace it, but it’ll never be the same, just because everything is so unique that cannot be totally replaced. And in this case, what you have to refuel yourself with is Self-Love! It’s easy to do it when you had experienced how it feels like before, but what if you hadn’t? This is what I will be talking about in a next article; my greatest achievement in the last years!

WAYS TO DEAL WITH BULLYING:

There are a lot of ways to reduce the effects of bullying on you, but the one that truly works is the following one.

The only way you can heal your newest wound (caused by bullying) is to heal the ones already open. If you don’t have any of those, then congratulations! You’re recovery process should be way easier or bullying should not affect you at all! As a reference, think of this: to repair a pair of jeans, you don’t have to only cover the cut (it’ll eventually grow bigger and you’re jeans will be completely ruined), but you have to sew it before all! Therefore, you have to reach deeper than the surface to find what’s actually wrong.

Lay down, just you and yourself, take a deep breath of air and think about what makes you who you are. Such a hard question, right? But if you’re going through all of that, then it must be a reason why they think you’re so special because as I said, the special ones are the targeted ones. And if you’re going through all of that, you will become even stronger than you were- “What doesn’t kill you makes you stronger”. Coming back to the question, there IS a reason why, you just have to reach that deep in your soul to find it. Allow yourself to take the time to answer it properly. When you’ll finally be able to respond to that question, you’ll feel so powerful and you’ll know that you half-way found your purpose in this world. Then, finding what makes you who you are will sew the already open wounds and, eventually, the newest one caused by bullying. Because knowing and understanding who you really are is the most powerful weapon to use against bullying!

And don’t forget that you are never alone!

Have a Holly Jolly Christmas everyone!

You can find me here:

Best Ingredients To Have For Cooking

Shopping Is My Cardio

I’ve Learned That Love Has Many Shapes